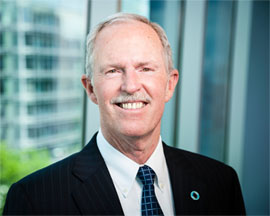 Mike is a trusted voice for the auto industry. As President and CEO of Global Automakers, he is a consensus builder who encourages member companies (Aston Martin, Ferrari, Honda, Hyundai, Isuzu, Kia, Maserati, McLaren, Nissan, Peugeot, Subaru, Suzuki, Toyota) to work together as the auto industry confronts energy conservation, trade policy and the global environment of the 21st Century. A recognized expert on all things automotive, Washington, DC’s The Hill named Mike its top lobbyist in 2010, 2011 and again in 2012: “The unassuming Stanton is regarded as one of the industry’s most effective advocates . . . he is extremely well known on the Hill . . . a walking encyclopedia on a host of industry issues.”

In 2008, Stanton was selected as a “Government Affairs All-Star” by Automotive News.