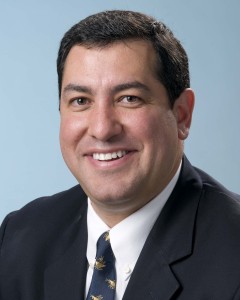 Bryan Garcia
President & CEO
Connecticut Green Bank, First Element Fuel
Bryan Garcia was named president of the Clean Energy Finance and Investment Authority (CEFIA) in 2011. As the nation’s first state-level clean energy finance authority – or “green bank” – he oversees efforts to attract and deploy capital to finance the clean energy goals for Connecticut.
Prior to rejoining CEFIA in 2011, Garcia was program director at the Yale Center for Business and the Environment. While there, he led efforts to develop a leading global program responsible for preparing environmental leaders for business and society. Previously, he was director of energy market initiatives at CEFIA, where he created the Connecticut Clean Energy Communities Program and served as the climate change coordinator for the Governor’s Steering Committee on Climate Change.
Early in his career, Garcia was a Peace Corps Volunteer specializing in NGO capacity building and environmental education in the Republic of Kazakhstan.
He holds a Bachelor of Science degree in political economy of natural resources from U.C. Berkeley, master’s degrees in public administration and business administration from New York University, and a Master of Environmental Management degree from Yale University.