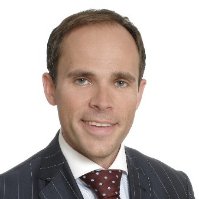 Anders Tylman-Mikiewicz leads the Volvo Monitoring & Concept Center, a cross-functional strategic think tank in California that creates, cultivates and realizes innovative concepts for emotional automotive products that clearly express the future of the Volvo brand. Previously, he was a project manager and then the Director of Commercial Project Management at Volvo Car Group in Sweden.

Anders is passionate about many things, but pioneering new business areas is at the top of his list. Throughout his career, this curiosity has led Anders down several previously unexplored paths, one of them being the development and launch of the world’s first luxury plug-in hybrid, the Volvo V60 Plug-in Hybrid.

Anders’ career has predominately been centered on the automotive marketing and product development areas, but during his years as a strategic consultant Anders also was exposed to a wide range of industries and functions.

Personally, Anders brings to the table a holistic mindset as well as insightful analysis, a creative spirit and an ability to connect the dots between the worlds of marketing, business, design and technology.

Anders holds an MBA from the School of Economics & Commercial Law (majored in Financial Analysis) at Gothenburg University; and in 1999 he earned a Master’s degree from the School of Civil Engineering (majored in Intelligent Buildings) at Sweden’s Chalmers University of Technology. He is fluent in Swedish, Polish and English and can get by in Italian and German.